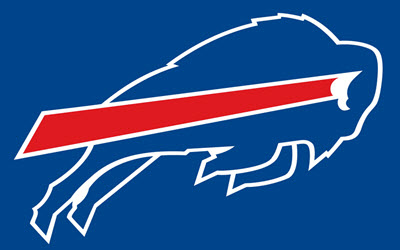 It took a mere week for everyone to realise that the Buffalo Bills mismanaged their quarterback situation as they traded away AJ McCarron and settled with Nathan Peterman as the team’s placeholder for Josh Allen. After the disastrous debut from Peterman this season, coach Sean McDermott did the only thing possible by making Allen his starter.

No one can deny that Allen has an impressive skill set. As the number 7 overall pick during the draft, Allen possesses a great size at 273 pounds and 6-5. He has an extremely strong arm and has the capacity to extend plays along with good athleticism, giving him a fantastic skill set that can be compared to Carson Wentz, the Philadelphia Eagles quarterback.

However, Josh Allen has accuracy issues and displayed various struggles with making quick decisions and reading defenses. Taking these issues into account, McDermott didn’t feel too comfortable with Allen and instead hoped he would learn in a backup capacity. But at the moment, its go time for Josh Allen.

Commenting on the move, McDermott stated on Wednesday, “It’s the correct move for the Buffalo Bills, there’s no need to go further than that. I definitely have confidence in Allen”.

Allowing Allen to be thrown in the fire could potentially wind-up destroying his chances for success over the long-term. But without competent passers, the Buffalo Bills are without other options and Sean McDermott needs to maintain his credibility when it comes to winning games going forward. So what can offensive Brain Daboll and Sean McDermott do to assist Allen with his deficiencies and give him more effectiveness in his position?

The key to simplifying things for Josh Allen is protecting him well. The best friend for a young quarterback is the run game. Topping the 1,000-yard mark in his last two seasons, LeSean McCoy should get an even more promising role going forward as the Buffalo Bills attempt to control the clock and try to avoid shootouts. A decent run game will give the Buffalo Bills an effective attack strategy as it will buy more time for Allen to operate.

The Buffalo Bills will also be required to use an offensive attack featuring a decent dose of run-pass plays. This will certainly allow Josh Allen to utilise his abilities and force hesitations for the other teams. By spreading out the Bills defences and placing McCoy in motion to create an empty backfield could be the only solution. In these situations for the Buffalo Bills, they will need to place three receivers on one end of the field and another two on the other end, instructing Josh Allen to focus on the three receivers to be successful.

This is basically the best approach to take for a young quarterback as evident by the Eagles’ playbook where they managed to position Nick Foles to take them all the way to the Super Bowl.