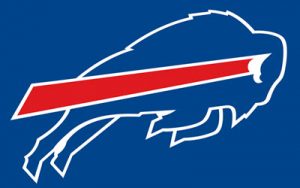 The Buffalo Bills will play their second road game this weekend after defeating the Vikings. Josh Allen had a terrific start to his career on the road where he managed to complete 15 out of 22 passes along with one touchdown. The Bills quarterback currently boasts with 515 passing yards along with two interceptions and two touchdowns.

Zay Jones is the top receiver for the Bills with a total of 106 receiving yards. Buffalo showed exceptional determination against the defense of the Vikings and will head into Week 4 with plenty of momentum along with a remarkable rookie quarterback. Buffalo’s defense managed to rebound after two poor performances at the start of the 2018/19 NFL regular season which will surely be needed when they take on the Packers on Sunday afternoon.

The Green Bay Packers are heading into Week 4 after a devastating 31-17 defeat at the hands of the Redskins. Aaron Rodgers made a great effort where he accumulated 265 passing yards with a total of two touchdowns. The Packers quarterback has accumulated 832 passing yards with 0 interceptions and six touchdowns. Jamaal Williams is leading the rushing game for the Packers with a total of 135 rushing yards.

Green Bay’s offense is extremely reliant on Aaron Rodgers who is currently not at 100% heading into Week 4 against the Buffalo Bills. Green Bay’s running game is also subpar which will be a huge problem on Sunday afternoon. The Packers defense is shaky, to say the least, and the rush defense has also been a problem since the start of the 2018/19 NFL regular season. Green Bay needs to improve in a lot of areas as they clash against a team that managed to destroy the Vikings last week.

We highly recommend backing the Buffalo Bills and taking the points in this matchup. The Buffalo Bills are currently in good shape and showed fantastic poise along with loads of determination while playing against the Minnesota Vikings. Josh Allen found open receivers throughout the game and rushed for 39 yards while playing against one of the best defenses in the National Football League. Green Bay’s defense is extremely vulnerable at the start of the regular season and are currently ranked 26th. While Josh Allen proved his worth against a mighty Vikings defense, Aaron Rodgers is not where he should be, giving the Buffalo defense a great opportunity to contain him during the game on Sunday.