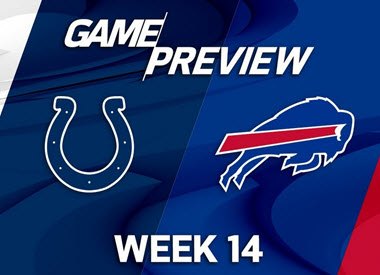 The Buffalo Bills will take on the Indianapolis Colts at the Lucas Oil Stadium on Sunday afternoon for Week 7 of NFL action. The last time these two teams met was in 2017 where the Buffalo Bills won the match by 13-7.

The Buffalo Bills made the decision to let Tyrod Taylor go during the offseason as he wasn’t capable of leading the offense in the 2018/19 NFL season. Well, things haven’t improved since then as the Bills suffered a 20-13 loss against the Texans in Week 6. Buffalo is currently averaging 204.8 yards per contest and 10.8 points per game in the last three matches and are averaging a mere 3.7 yards per play as well. What’s even more heart-breaking is that Josh Allen has been struggling this season, throwing for 832 yards along with five interceptions and two touchdowns for the year. Allen was also injured in Week 6 which means Nate Peterman will play quarterback against the Colts in Week 7. Buffalo is currently ranked third in terms of total yards allowed, 8th against the run, 6th against the pass, and 12th when it comes to points allowed where they are giving up 23 points per game.

The Indianapolis Colts will also return to the field after a devastating 42-34 loss which means the Colts have now lost four consecutive games in a row. This is obviously not the start the Colts were anticipating, especially while Andrew Luck is on the field. Fortunately, they have the perfect opportunity to get back on the scoreboard as they play against the worst team in the NFL, the Buffalo Bills. Andrew Luck has been horrible since his return to the NFL, throwing for 1,732 yards along with eight interceptions and 16 touchdowns. The biggest issue for the Colts has been their defense. They are ranked 26th in the NFL against the pass and are giving up 280 yards per contest. The Colts are also ranked 17th when it comes to total offense, 30th in rushing, 10th in passing, and 13th when it comes to scoring with 25.3 points per game.

The Indianapolis Colts had a difficult start to the season this year, but it looks like they might have an easy win against the Buffalo Bills this weekend. The Bills have an awful offensive team, and it’s going to be even worse with Nate Peterman as the quarterback. Andrew Luck, on the other hand, has been great this year and although Buffalo is ranked 6th against the pass, Luck should have no problem throwing the ball in this game.