McCoy left the game against Indianapolis Colts by the second play after his injury and left the Buffalo Bills with limited running back after in Sunday’s loss. All depends on the 30-year-old being cleared fully from any signs of a concussion before he would be able to practice or participate in any matches, while the team was facing the New England Patriots next. He could join practice on Thursday but only for a limited time although it did indicate his progress. Should he not be able to play the load would land on the shoulders of Chris Ivory. 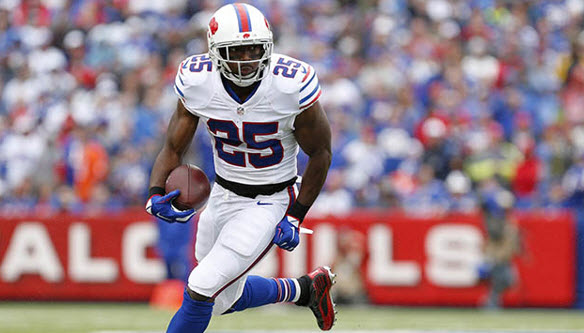 McCoy was not the only player that suffered injuries, and the long list of players being affected in this league includes AJ Bouye, Cam Newton, Kenny Stills, Todd Bowels and several others. Donald Payne, the linebacker of the Jacksonville Jaguars, suffered an MCL sprain and was placed on reserve, and for the time being Dee Delany, the cornerback is now in Payne’s position.

AJ Bouye on Wednesday injured his calf, and this Jaguars cornerback had to sit out during Thursday’s practice, Tyler Patmon the cornerback suffering a neck injury and AJ Bouye were both removed from the team travelling to London.

Cam Newton the quarterback of the Carolina Panthers, as well as Torrey Smith, also suffered injuries, that of Newton was his shoulder while Smith injured his knee.
Kenny Stills missed the game against the Houston Texans on Thursday night after he had an injury and he is expected to be out of the games until the 9th week.

Bilal Powell suffered a neck injury, and to correct the original assessment on the injury, Todd Bowles agreed to meet with the reporters. Bowls told the reporters that the injury requiring surgery could potentially end the career of Powell, although a great announcement followed only a day later indicating that Powell would be able to participate next season. Against the Bears, Enewa was ruled out due to an ankle injury, and at the same time, Robby Anderson is also battling with a sprained ankle while it was his quadriceps that kept Trumaine Johnson out to practice.

Nathan Gerry is also battling with his knee and ankle, while it is the hamstring of the Philadelphia Eagles’, Sidney Jones that keeps him from practising, and Darren Sproles is suffering from the same and could not play on Sunday against the Jacksonville Jaguars.

Dalvin Cook of the Washington Redskins was expected to play on Sunday, although his hamstring kept him out of the game and at the same time Anthony Barr is also suffering from a hamstring injury while Xavier Rhodes has a foot injury.